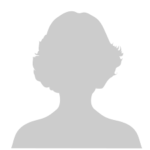 In 2008 Cynthia was faced with situations that caused her to make some drastic changes in her life. She was faced with a financial shift which caused her to give up her home. In the end she was living in a rental property that was not appealing to her true dream of homeownership.

The first step that pushed Cynthia forward towards her goals was a new place of employment. The change of employment was not only helpful with her finances but it enhanced her dream of moving towards homeownership. Cynthia overheard a coworker talking about the BHOP loan product that KNHS offers in partnership with Bronson and their employees. This coworker was frustrated because they did not qualify but Cynthia realized that she may be a perfect candidate.

Cynthia came to KNHS in hopes that we may be able to help her. She immediately starting with KNHS’ lending specialist and she in fact, did qualify for the BHOP loan. But it was also discovered that she was able to qualify for another loan product. Thinking ahead, Cynthia realized that she could use these loan products to fix up a lower priced value home and then rent it out. This took care of her savings dilemma and gave her clearer path towards homeownership.

In light of her situations at the start, Cynthia assumed it would take years to not only save the money she needed for a down payment, but to get her in a space for financial stability. KNHS was able to shave off time and offer her solutions that many other places would have said no to.

Partnerships, and client perseverance has rearranged Cynthia’s life in her image and created a homeowner with a plan.