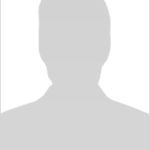 Anthony Spencer and his former wife began renting a home on the east side of Kalamazoo in 2001 with their two sons, they made an agreement with their landlord: If he ever decided to sell the house, he would give Anthony the chance to buy it.

Anthony eventually connected with Kalamazoo Neighborhood Housing Services, a funded partner of United Way of the Battle Creek and Kalamazoo Region that aims to revitalize neighborhoods and foster homeownership in Kalamazoo County. He began taking homeownership classes through KNHS at night, the first step of what would be a two-year process.

“When I was blessed to connect with KNHS, those ‘no’s started turning to ‘maybe’s and ‘yes’s,” he said. “These people – I just don’t have the adjectives to describe how well they treated me. They didn’t talk down to anyone, but they made sure you understood where you were on a level where you were confident and comfortable.

Once Anthony finished the required classes, he began the long process of clearing up his credit history, with the constant guidance and encouragement of KNHS staff. He learned how to identify inaccuracies in his credit score and how to resolve them, as well as make arrangements to clear judgments against him.

Anthony said that the staff he worked with was every bit as excited as he was when he was finally able to close on his home. And his landlord, with whom he made an agreement with all those years ago, never gave up on him, despite receiving other offers for the house.

Ready to get started?

Whether you have a question about homeownership, repairs, or your readiness for our programs, we can help you on your path.